Billy and Paulita: The Saga of Billy the Kid, Paulita Maxwell, the Santa Fe Ring 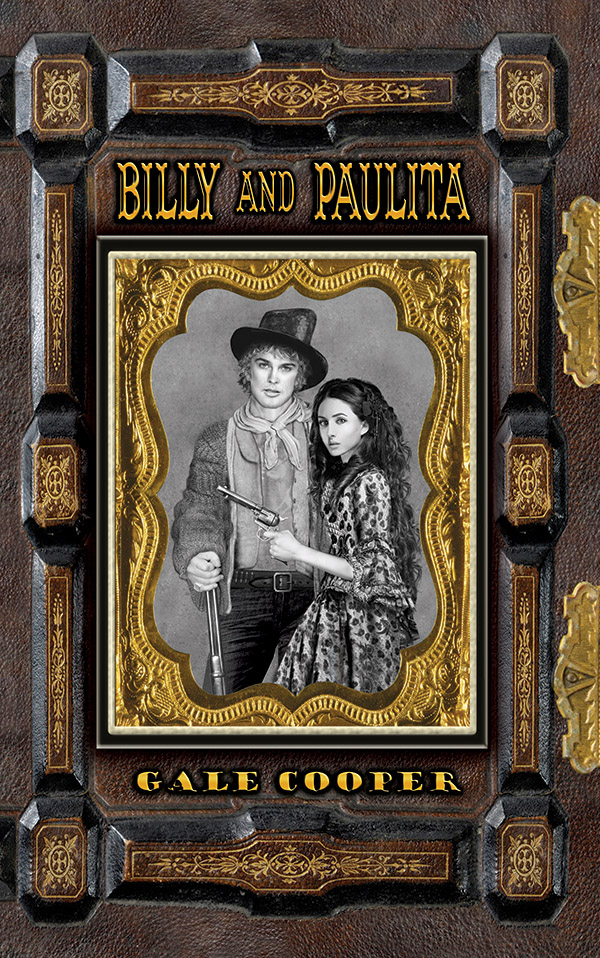 Billy and Paulita is a milestone in Old West literature, using research of 40,000 pages of archival documents and books, analysis of the historic sites, and expert consultants to bring to life the tragedy of Billy Bonney’s star-crossed romance with the young, land grant heiress, Paulita Maxwell, and the lost Lincoln County War freedom fight against the deadly Santa Fe Ring; which branded him the outlaw “Billy the Kid,” and killed him as the last of its adversaries.

Billy and his group, holding their guns, slipped out the door and along the shadowed, exterior, north wall.

Then Billy sprinted northeast, toward the picket fence yelling, “Run! Run! Run!” Ahead was the margin of darkness and light, lurching in insane exuberance of the ﬁre. Beyond the fence, in the Tunstall corral, were illuminated men. And Billy leapt, gyrating and dodging, into the pool of shimmering gold; calling “Run, run, run!” and breathing the deliciously pure air. He heard a rhythm of cracking guns. It was his music for the dance in deﬁance of death.

Throwing open the picket gate, he shot at the ghoulishly lit apparitions; his body, a bobbing, whirling, indistinct chimera, half light and half darkness. He was the decoy, swaggering and shooting in outrageous display of invulnerability; taunting the enemy with his dance and keeping them at bay. And he was yelling with joy and rage; but now it was ﬁre that poured from his own mouth roaring, “Run! Run! Run!” to his four, as he veered northward. Somewhere there was a weapon that could explode golden missiles two hundred ﬁfty times a minute. But he was a cloud of brilliant astral particles through which bullets could ﬂy without contacting corporeal substance. “Run, run,” came from that blazing self.

He saw Billy Matthews, George Peppin, and Bob Olinger ﬁring at them. He saw the three soldiers at the Tunstall corral, blasting, in unison, a volley at them.

Then, immediately ahead, was a man with a carbine. For a moment, he and Billy were suspended in silence in which the music pauses, the virtuoso having made it part of the melody, to force dancers to ﬁnd their own rhythm within an inﬁnity of choices. Billy’s eyes met those of John Jones. The ﬁnger of Ma’am Jones’s oldest son rested on his trigger, as Billy safely passed the lurid light edge into night. Then the trigger-ﬁnger squeezed innocuously, and the instrument completed one intrinsic note in Billy’s dance macabre.

But Billy had not seen another carbine directed at him from the darkness. Its muzzle had followed his chest in unfailing synchrony. Then its barrel swung. Jessie Evans ﬁred. His aim was as perfect as it would have been only seconds before; but its target had changed. Billy looked back. Harvey Morris fell. Running were Tom O’Folliard, Jim French, and José Chávez y Chávez. Urgently, Billy shouted, “Run, run!” Then Billy was soaring, dropping to the ﬁrst riverbank tier, leaping off it into the Bonito’s river mists below.