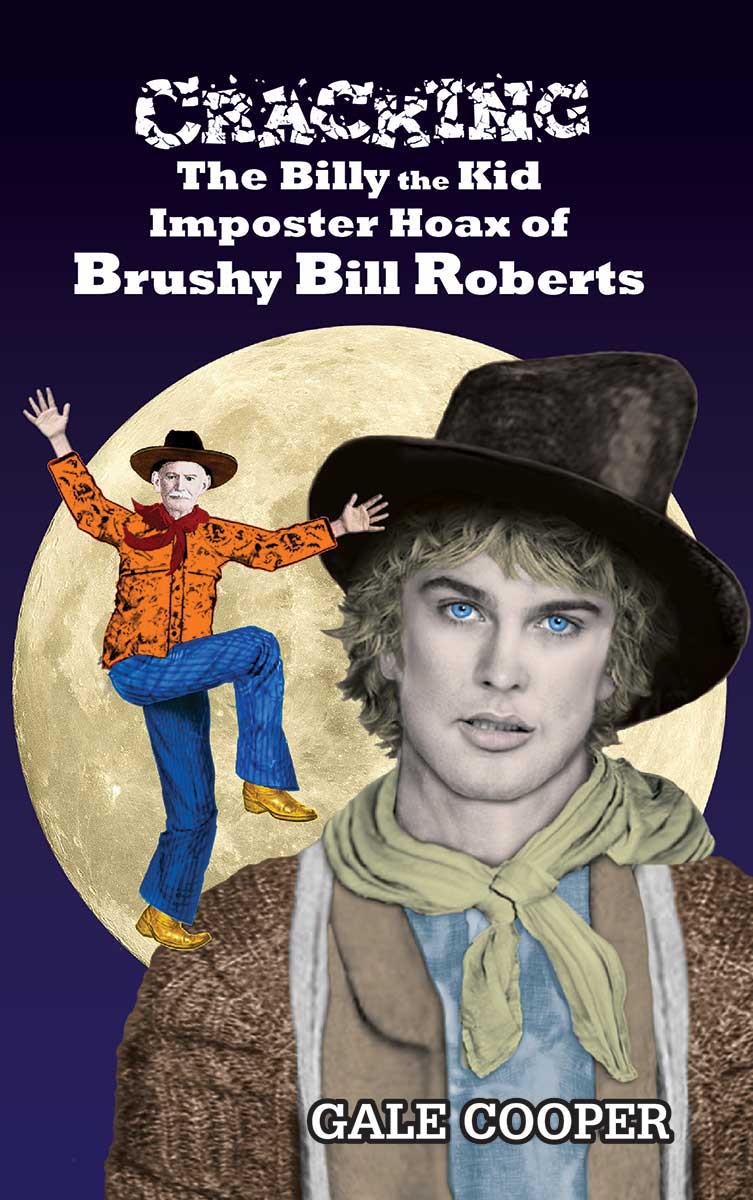 Gale Cooper’s huge Cracking the Billy the Kid Imposter Hoax of Brushy Bill Roberts, in hardcover and paperback, definitively demolishes that 70 year hoax. Originated by a delusional old-timer, and backed by hoaxing authors who coached him, the scam first failed in getting him the gubernatorial pardon offered to Billy the Kid, then resulted in a book promoting him as Billy. Subsequent profiteering hucksters continued the hoax in books and film, adding fix-ups and fake forensics to boost the flim-flam. By revealing the old-fashioned sources used, the fatal historical errors, and exposés by “Brushy’s” family, the hoax is ended.

Once “Brushy Bill” Roberts, William V. Morrison, and C.L. Sonnichsen united, they created one of the world’s most elaborate, most labor intensive, most destructive, and most enduring historical hoaxes: the “Brushy Bill” Roberts Billy the Kid impersonation. Its corollary of “Brushy’s” surviving the Kid’s famous shooting death in New Mexico Territory’s Fort Sumner on July 14, 1881, was defamation of famous lawman, Pat Garrett, as a liar who concealed killing an innocent victim, not Billy, on that night. And when that hoax’s creators died, more took their place.

Its cast of madmen, charlatans, hucksters, forgers, windbags, and wannabes, make a pathetic and unsavory lot; whose eventual championing by a corrupt, self-promoting, 21st century, New Mexico governor gave them access to the world stage. All insulted legitimate historical investigation. That makes this book debunking them a study of lying - from delusional to malicious.

More profoundly, this book is a testament to the real history unknown to “Brushy Bill” and his promoters: a magnificent, Territory-wide, freedom fight against New Mexico Territory’s deadly land-grabbing Santa Fe Ring political cabal, that culminated in the Lincoln County War Battle, which made a grass-roots hero of teenaged, charismatic, bi-cultural zealot, Billy Bonney; and marked him for killing as his Ring enemies’ mythologized outlaw: Billy the Kid.