The Coroner’s Jury Report of
Billy the Kid: The Inquest That Sealed The Fame of Billy Bonney and Pat Garrett 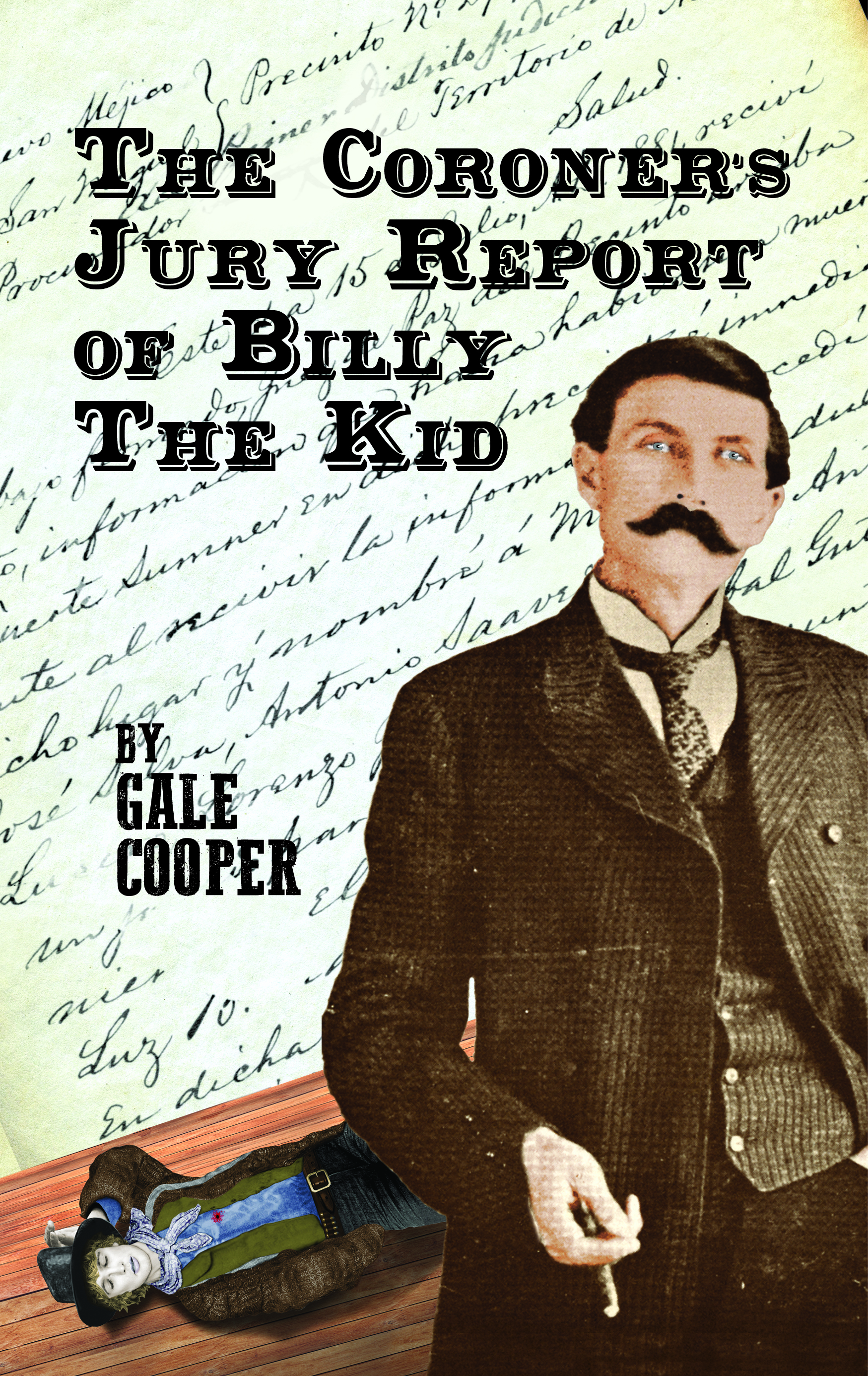 Gale Cooper’s book, The Coroner’s Jury Report of Billy the Kid: The Inquest that Sealed the Fame of Billy Bonney and Pat Garrett, ends Billy the Kid imposter hoaxes of “Brushy Bill” Roberts and John Miller by proving that William Bonney aka Billy the Kid was killed in Fort Sumner on July 14, 1881.

It takes only one document to destroy all the Billy the Kid imposter hoaxes: the July 15, 1881 Coroner’s Jury Report of William Bonney aka Billy the Kid. This book documents that famous inquest and Report, and exposes imposter hoaxes denying it. It is the definitive book on that Report, which identified the Fort Sumner corpse as William Bonney, “the Kid.” Presented are the circumstances of its writing, its filing with San Miguel County court records, and its justifying Pat Garrett’s collecting his reward. The book also debunks the “Brushy Bill” Roberts and John Miller imposter hoaxes, claiming on July 14, 1881 Pat Garrett shot an innocent victim, and that Billy survived to old age as themselves. Included also for debunking are the “Billy the Kid Case” hoax and the “Cold Case Billy the Kid” megahoax, based on those old imposter hoaxes.

On July 14, 1881, Billy Bonney had a particularly dramatic death scene in the Fort Sumner mansion of the Maxwell family - with the bedroom ambush by Sheriff Pat Garrett in the place he felt safest - with multiple witnesses of it and of his corpse.

At the inquest the next day, an air-tight Coroner’s Jury Report was generated, confirming his identity as the victim, and was then filed with the correct authority to concur that murder prosecution was unwarranted in the homicide: the District Attorney of the First Judicial District, which included Fort Sumner’s San Miguel County. And because of the additional issue of Pat Garrett’s claiming the reward on Billy the Kid, that Coroner’s Jury Report was further scrutinized by the Territory’s highest public officials before it was granted to Garrett as justified.

But the later Billy the Kid identity thieves’ task forced their faking a death scene for their “survival” of that Pat Garrett shooting. And that required denying the existence of the Coroner’s Jury Report that identified the victim as Billy Bonney, and forced their denying that Garrett got his reward for his fatal encounter with Billy Bonney. That level of lying in the face of stark reality necessitated betting on bottomless public ignorance and gullibility. It was a bet bound to be lost.

Nevertheless, the pretenders and hoaxers, of necessity, did all in their power to discredit the Report, to defame Pat Garrett, to denounce the coroner’s jurymen, to claim it never existed, and to fabricate conspiracy theories to explain it away - all to enable continuation of their lies, profiteering, and self-publicizing.

So a book is justified on the Coroner’s Jury Report of William H. Bonney as the one document alone that ends the disreputable industry of fakery, and its abuse of its audience.