The Santa Fe Ring Versus Billy the Kid:
The Making of an American Monster 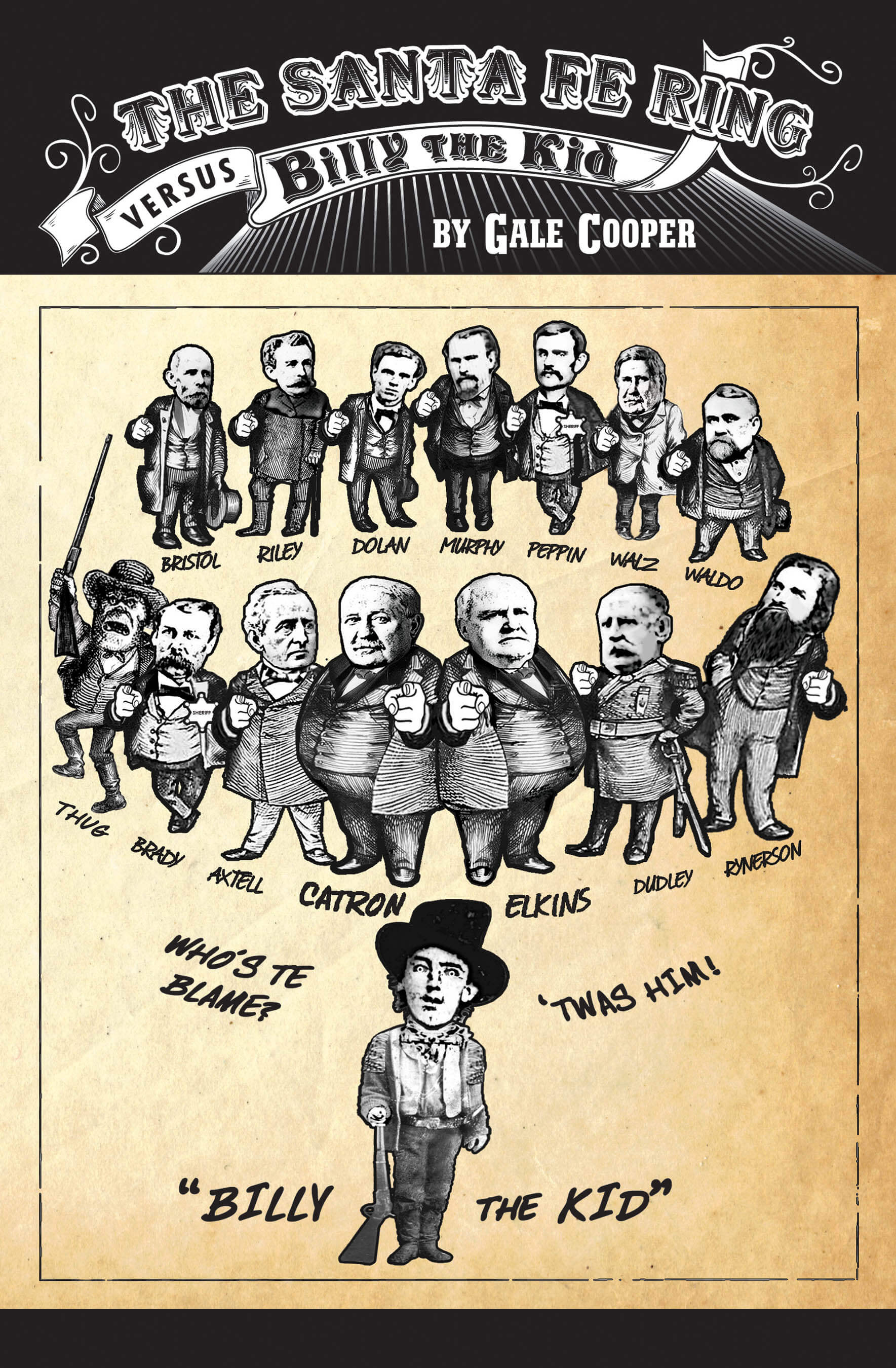 The Santa Fe Ring, and its head, Thomas Benton Catron, begun in 1866 as a land-grab scheme of two conniving attorneys, was a form of organized crime which infiltrated New Mexico Territory’s executive, judicial, legislative, and law enforcement branches for participants’ mutual gain. In the 1870’s, anti-Ring grass-roots revolts sprang up throughout the Territory, but opponents were defeated by rigged elections, malicious prosecutions, and assassination. But the Ring was almost destroyed by one teenager: Billy Bonney, hero of the Lincoln County War freedom fight, whom it banded for death as the outlaw, “Billy the Kid.” With this book, the Ring’s 152 year outlaw myth cover-up is over.

The Lincoln County War’s aftermath was the victorious Ring’s re-writing of history and concealing or expurgating evidence to achieve the ultimate goal of organized crime: invisibility. So that period was the making of American monsters. A monster was the Santa Fe Ring itself. A monster was its Territorial boss, Thomas Benton Catron. And a “monster” was their creation, “Billy the Kid”: the mythological outlaw, rustler, counterfeiter, gang leader and senseless serial killer of a man for each of his twenty-one years. But the real Billy Bonney, the unrelenting freedom fighter against their corrupt might, was the one person who could have broken the Santa Fe Ring. And the Ringites fully comprehended the risk.